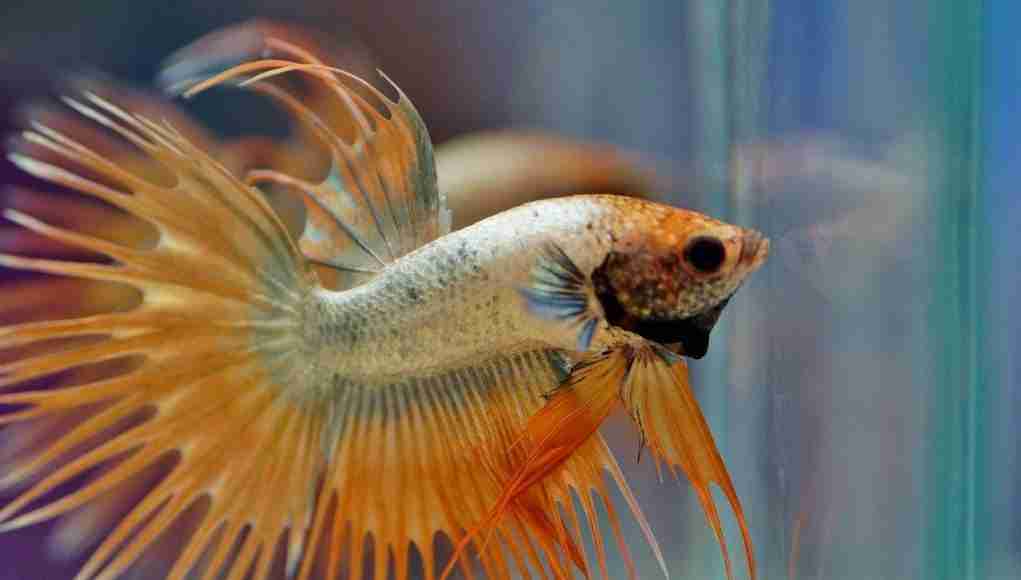 If you notice your Betta’s fins are withering away and disintegrating (and there aren’t any obvious causes like aquarium mates attacking your little guy), your bettas most likely have a case of Betta Fin Rot. It is a common disease found in the Bettas which is caused by gram-negative bacterial or fungal pathogens. Due to betta fin rot, the bacteria end up eating the entire fins of the fish.

Fin and tail rot is common problem betta owners face, but what causes fin rot in bettas? Actually, Fin Rot is most often caused when the Betta is distressed due to poor water quality, overfeeding, expired food, overcrowding, and rough handling. If the water is not changed regularly, the leftover food particles and feces will decompose and contaminate the water.

If there are too many Betta in the tank or if too much food is placed in the tank, even regular water changes may not prevent the disease. The resultant stress on the Betta, lower their immunity thus making them very susceptible to attack from the bacteria and fungi present in their water. Only in very rare instances will Betta develop Fin Rot in spite of an impeccably maintained tank.

Fin rot in bettas is caused by either bacteria or fungi. But the fin rot caused by the fungi will spread fast as compared to bacteria.

Sometimes it would be very difficult to identify the betta fin rot caused by fungus in the initial stages because you have to observe very carefully. If you notice the edges of the fins have some white patch or completely start turning white all of a sudden then this indicates that it is a betta fin rot caused by fungi. You should be very careful because if necessary action is not taken at the right time then it can spread rapidly and may cause more damage to the fish.

It is not like fungi which cause only rotting on the edges of the fins. This causes rotting anywhere on the body and will spread randomly. These bacteria only affect those bettas whose immune system is weak because of the various reasons mentioned above. And if not taken proper care the water will become a breeding place for the bacteria and will affect other betta fish and start rotting.

The symptoms of the fin rot completely depend on which stage is it in currently or in other words the severity of the rotting.

If it has affected the tail or anus part it is very easy to identify and therefore can start the treatment fast which will eventually cause less damage to the fish. There are three stages.

In this stage, you will never notice the rotting on the body or anywhere close to the body. If you catch your fish in this stage then it is very easy to cure the illness. You will be able to find the edges of the betta’s fin turning slightly dark or brownish.

In this stage, you will be able to notice some drastic changes.

How to treat Betta fin rot? First, you need to know at what stage of fin rot your fish is currently on and the treatment depends on the stages and varies accordingly.

The water in the tank should be changed every one to two weeks with all decorations, pebbles, etc. thoroughly cleaned. It is also important to check the ph and the temperature of the water on a regular basis. All fish, particularly those with long flowing fins such as the Betta, have a tendency to contract Fin Rot when the temperature of the water is either too low or too warm for sustained periods of time. Betta fish love warm water as it has been originated from a tropical region where it has a temperature between 75-80 degrees Fahrenheit.

Keeping the water fresh can be achieved by keeping the ammonia level down which is caused by the continuous accumulation of the fish poop. The ammonia level can be reduced by using cycled aquarium which basically breaks down the ammonia into nitrate which is done by bacteria. If the tank is not clean then it will cause stress to the betta fish and which in turn will weaken the immune system and then you pretty much know what will happen next if the immune system weakens.

It is very important to feed your fish a proper diet because of betta fish love insects. Now, of course, you can’t buy it or go to your or someone else’s garden to start catching these insects. But if it is possible to farm some of these insects in your home then it would be best. But if you can not farm these insects, it is completely fine you can use food paste or some dry foods.

Remember to check that the food you are feeding your fish is fresh and do not overfeed. It is far better to give your fish smaller quantities of high-quality fresh food. Feeding your fish too much food at one time means there will be excess leftover food in the water, which in turn will increase the concentration of bacteria and fungi in the water.

Be gentle and cautious when handling Betta. They are easily stressed if they are carelessly handled.

Keeping the habitat controlled, clean, and stress-free is the best way to ensure Betta’s continued health and the Betta owner’s continued enjoyment of this beautiful, showy fish.

Do Fins Grow Back After Fin Rot?

Yes! definitely they gro back once the fish is fully recovered from the rotting but the time that it will take will vary. Because it completely depends on the severity of the rot.

How To Tell If Fin Rot Is Getting Better?

Yes, it is very contagious to other fish mates as it is caused by fungi and bacteria. When noticed that your fish is suffering from a disease then you should immediately clean the water and isolate the affected fish and follow the above-mentioned procedure else it can lead to very dangerous situations and cause various complication’s

Can Fin Rot Kill A Betta?

In most cases, if you start the treatment even in the severe stages there is a high chance that the betta fish may survive. But if the condition is very severe and is left untreated then the fish will definitely die. Now again it totally depends on the severity and depends on fish to fish because it also depends on various factors and the immune system.

Care & Treatment of Dropsy in Bettas & Other Fish

You’re sitting there watching your betta when all of a sudden he’s swimming in circles and chasing his tail. The next thing you know,...

Betta Not Beta — And 4 Other Betta Fish Facts