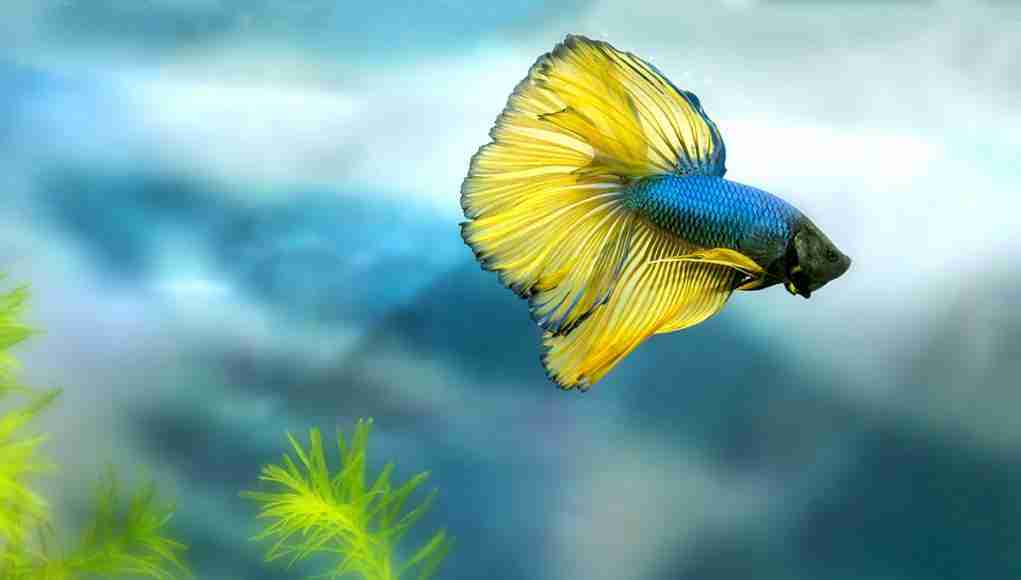 Although there are many species of Betta, the most common species that is kept and bred is known as the Betta splendens or the Siamese Fighting Fish.

The name “Betta” is said to be derived from an ancient Asian warrior clan known as the Bettah, although some accounts differ.

Bettas have their origins in Thailand, Cambodia and Vietnam where, some 150 years ago, the sport of fighting Bettas was actually regulated and taxed by the King of Siam. As popular then as boxing is today, people would bet all of their money, and sometimes their personal belongings and children, on the outcome of just one fight. Thailand was once known as Siam which explains the Siamese Fighting Fish label.

Spend much time with serious Betta fanciers and you’ll hear terms like “veil tail,” “delta tail,” “crowntail,” and “half moon”… and quickly become confused. So I’m going to give you a pain-free introduction to the various lines of the glorious Betta Splendens. In a nutshell, the only real difference among the types of Bettas has to do with the tail. I explain as follows…

Veil Tail – Over 80% of fish sold by pet stores are VT males. They’re characterized by bottom fin rays being longer than the top rays. (Rays are the “spines” you see in fins.) With fins flared out, VTs look rectangular or diamond-shaped. Most breeders and Betta show enthusiasts look down on the VT as inferior. I think they’re mistaken because I think the VT’s multiple colors and wavy fins are one of the true miracles of nature.

Round Tail – The tail appears round, hence the name. The circular shape comes from the middle ray of the tail being the longest, and then the rays becoming progressively shorter away from the middle.

Delta Tail – The tail has a triangular shape, which comes from the outermost rays on the tail being the same length as the middle. In Betta shows the widest-tailed of the Delta Tails are the most sought after.

Half Moons – A Delta Tail’s tail can become so wide that it forms a half-circle (or half-moon) shape, at which point it becomes known as the Half Moon Betta. Half Moons are the most popular variety among hardcore Betta fanciers.

Double Tails – These little guys have their tail fork into two halves. DTs are genetic rarities you will never find at a pet store.

The beautiful colors of the Betta that catch our eye were not naturally present when the species was first discovered. Because the Siamese were solely interested in the fighting ability of these fish, breeding practices concentrated on building strength, endurance, and a fierce fighting attitude. Most of the Bettas from that time were short-finned (to give their opponents less to latch on to), and were a greenish-brown color.

Even in 1840, when the King of Siam made his gift to Cantor, colors still ran towards the drab. By the time the fish began showing up in America, some had begun to develop longer fins and rounded tails, and specks of bright colors could occasionally be found.

There are several basic color genes present or missing in Bettas. Yellow is the base color followed by black, red, and blue. There are sub colors as well. For example, the blue gene can be represented by metallic blue, royal blue, or blue-green. The popular royal blue is actually a mixture of the other blues.

Breeding Bettas can be fun but it can be a challenge as well.

Just because you are interested in breeding Bettas, it doesn’t mean that the Bettas will be. Your job is to set the mood for love.

Also keep in mind that you might become too successful. The typical highly-fertile female can produce a few hundred eggs… meaning you might wind up with a few hundred Bettas!

The good news though is that your local pet store will often be happy to take them off your hands — and often for as much as a dollar a piece or on rare occasions as much as $2.50 or $3.00.

When the time comes that you’re ready to give it a shot, follow the tips and you could be rewarded with a brood of new fry.

Breeding Bettas can be fun but it can be a challenge as well. Just because you are interested in breeding Bettas, it doesn’t mean that the Bettas will be. Your job is to set the mood for love, so your male blows a bubble nest and they get ready to have little baby bettas. In the next post I’ll talk about the next step.

You will need a fish tank filter for your lovely fish because it is going to remove excess food, decaying organic matter, particulates, dangerous...