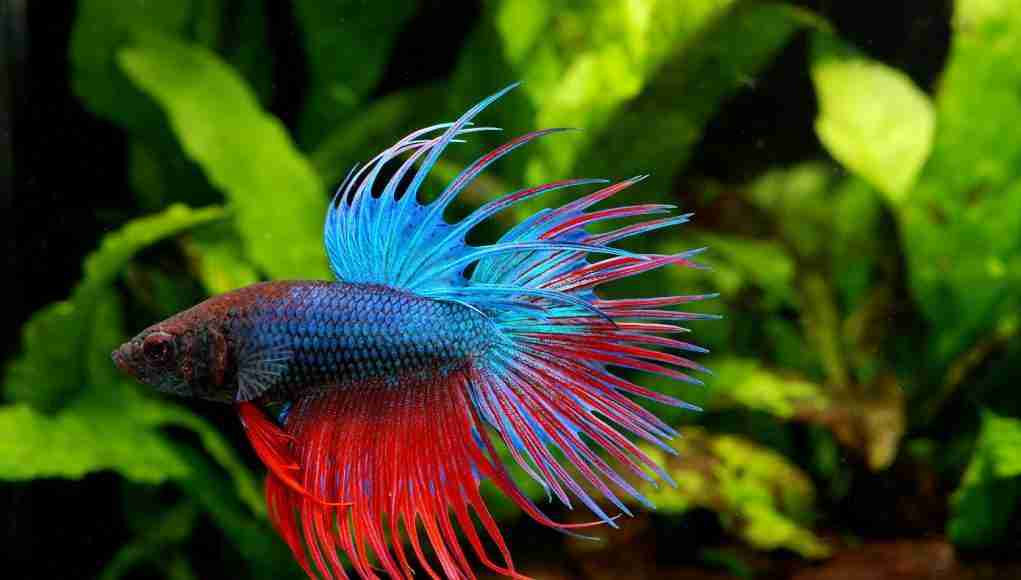 Here are the top 5 things you may not know about our favorite tropical fish:

It’s a Betta Fish, not a Beta Fish

Bettas are gentle and not fighters

In the wild, Bettas don’t kill each other unless they’re in an area that’s too small. Normally the loser swims away after the winner flares at him. If there’s nipping involved, the loser gets nipped once and then escapes. It’s never a fight to the death.

Bettas are way different than their wild ancestors

The original Bettas were not as fancy and colorful as they are now. Those traits were bred in over the years as Betta made their way from being warrior fish to prized aquarium tropical fish-bettas. (Today in fact Bettas are becoming less aggressive as breeders favor their ornamental qualities — colors and finnage — to fighting ability.)

Betta fish are known as anabantids because they have the ability to breathe atmospheric air thanks to a unique organ called the labyrinth. This accounts for their ability to thrive in low-oxygen water conditions that would kill most other fish. Bettas also prefer shallow water that allows them to easily come up for air.

Bettas do not prefer confined areas

The saddest thing I see is Bettas being kept in tiny cups at pet stores.

There is evidence to indicate that the male Betta prefers a confined area when breeding, but other than that he appears to be perfectly happy to swim in larger tanks, as long as he has small places in the tank to stake out his territory and hide. So there is no hard and fast requirement to keep your Betta in a small area, contrary to popular belief.

If you notice your Betta swimming in circles a lot, rubbing against the glass, and other sorts of odd behavior that says “Get me outta here!”, it indicates he wants to be in a larger tank.

You see, Bettas do like to have room to swim around. They like clean water that’s filtered well. The males like to display their toughness to one another — i .e., to see other Bettas on occasion and flare (puff out their gills and fins) at them. It makes them happy and stimulated.

And it’s beautiful the way a Betta’s fins flow when they’re given lots of room to sprint around their tank. Basically, the bottom line is this… Bettas have a lot of personalities. So as a rule, you should give each Betta enough room to display their individuality. Ten gallons is a good rule for minimum tank size for your Bettas to be happy.

The Symptoms of temperature shock completely depend on the type of shock that your betta is undergoing. The betta fish shows completely different symptoms...

Can Goldfish Live in a Bowl? Myths Debunked